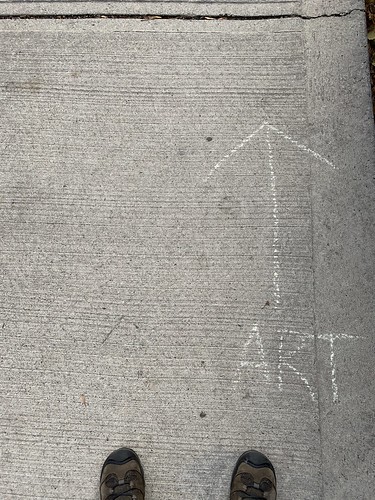 I keep coming back to this:

“Open” in this context inextricably ties source control to individual agency. The checks and balances of openness in this context are about standards, data formats, and the ability to export or migrate your data away from sites or services that threaten to go bad or go dark. This view has very little to say about – and is often hostile to the idea of – granular access restrictions and the ability to impose them, those being the tools of this worldview’s bad actors.
The blind spots of this worldview are the products of a time where someone on the inside could comfortably pretend that all the other systems that had granted them the freedom to modify this software simply didn’t exist. Those access controls were handled, invisibly, elsewhere; university admission, corporate hiring practices or geography being just a few examples of the many, many barriers between the network and the average person.
And when we’re talking about blind spots and invisible social access controls, of course, what we’re really talking about is privilege.

How many people get to have this, I wonder: the sense that they can sit down in front of a computer and be empowered by it. The feeling of being able, the certainty that you are able to look at a hard problem, think about it, test and iterate; that easy rapid prototyping with familiar tools is right there in your hands, that a toolbox the size of the world is within reach. That this isn’t some child’s wind up toy I turn a crank on until the powerpoint clown pops up.

It’s not a universal or uniform experience, to be sure; they’re machines made of other people’s choices, and computers are gonna computer. But the only reason I get to have that feeling at all is that I got my start when the unix command line was the only decent option around, and I got to put the better part of a decade grooving in that muscle memory on machines and forums where it was safe – for me at least – to be there, fully present, make mistakes and learn from them.

(Big shoutout to everyone out there who found out how bash wildcards work by inadvertently typing mv * in a directory with only two files in it.)

That world doesn’t exist anymore; the internet that birthed it isn’t coming back. But I want everyone to have this feeling, that the machine is more than a glossy appliance. That it’s not a constraint. That with patience and tenacity it can work with you and for you, not just a tool for a task but an extension and expression of ourselves and our intent. That a computer can be a tool for expressing ourselves, for helping us be ourselves better.

Last week I laid out the broad strokes of Mozilla’s requirements for our next synchronous-text platform. They were pretty straightforward, but I want to thank a number of people from different projects who’ve gotten in touch on IRC or email to ask questions and offer their feedback.

Right now I’d like to lay out those requirements in more detail, and talk about some of the reasons behind them. Later I’m going to lay out the process and the options we’re looking at, and how we’re going to gather information, test those options and evaluate what we learn.

While the Rust community is making their own choices now about the best fit for their needs, the Rust community’s processes are going to strongly inform the steps for Mozilla. They’ve learned a lot the hard way about consensus-building and community decision-making, and it’s work that I have both a great deal of respect for and no intention of re-learning the hard way myself. I’ll have more about that shortly as well.

I mentioned our list of requirements last week but I want to drill into some of them here; in particular:

This one implies a lot more than it states, and it would be pretty easy to lay out something trite like “we think holistically about accessibility” the way some organizations say “a diversity of ideas”, as though that means anything at all. But that’s just not good enough.

Diversity, accessibility and community are all tightly interwoven ideas we prize, and how we approach, evaluate and deploy the technologies that connect us speaks deeply to our intentions and values as an organization. Mozilla values all the participants in the project, whether they rely on a screen reader, a slow network or older hardware; we won’t – we can’t – pick a stack that treats anyone like second-class citizens. That will not be allowed.

Last week Dave Humphrey wrote up a reminiscence about his time on IRC soon after I made the announcement. Read the whole thing, for sure. Dave is wiser and kinder than I am, and has been for as long as we’ve known each other; his post spoke deeply to many of us who’ve been in and around Mozilla for a while, and two sentences near the end are particularly important:

“Having a way to get deeply engaged with a community is important, especially one as large as Mozilla. Whatever product or tool gets chosen, it needs to allow people to join without being invited.”

We’ve got a more detailed list of functional and organizational requirements for this project, and this is an important part of it: “New users must be able to join the service without manual intervention from a Mozilla employee.”

We’ve understood this as an accessibility issue for a long time as well, though I don’t think we’ve ever given it a name. “Involvement friction”, maybe – everything about becoming part of a project and community that’s hard not because it’s inherently difficult, but because nobody’s taken the time to make it easy.

I spend a lot of time thinking about something Sid Wolinsky said about the first elevators installed in the New York subway system: “This elevator is a gift from the disability community and the ADA to the nondisabled people of New York”. If you watch who’s using the elevators, ramps or automatic doors in any public building long enough, anything with wheelchair logo on it, you’ll notice a trend: it’s never somebody in a wheelchair. It’s somebody pushing a stroller or nursing a limp. It’s somebody carrying an awkward parcel, or a bag of groceries.
Sometimes it’s somebody with a coffee in one hand and a phone in the other. Sometimes it’s somebody with no reason at all, at least not one you can see. It’s people who want whatever thing they’re doing, however difficult, to be a little bit easier. It’s everybody.

If you cost out accessible technology for the people who rely on it, it looks really expensive; if you cost it out for everyone who benefits from it, though, it’s basically free. And none of us in the “benefit” camp are ever further than a sprained ankle away from “rely”.

We’re getting better at this at Mozilla in hundreds of different ways, at recognizing how important it is that the experience of getting from “I want to help” to “I’m set up to help” to “I’m helping” be as simple and painless as possible. As one example, our bootstrap scripts and mach-build have reduced our once-brittle, failure-prone developer setup process down to “answer these questions and wait for the downloads to finish”, and in the process have done more to make the Firefox codebase accessible than I ever will. And everyone relies on them now, first-touch contributors and veteran devs alike.

Getting involved in the community, though, is still harder than it needs to be; try watching somebody new to open source development try to join an IRC channel sometime. Watch them go from “what’s IRC” to finding a client to learning how to use the client to joining the right server, then the right channel, only to find that the reward for all that effort is no backscroll, no context, and no idea who you’re talking to or if you’re in the right place or if you’re shouting into the void because the people you’re looking for aren’t logged in at the same time. It’s like asking somebody to learn to operate an airlock on their own so they can toss themselves out of it.

It’s more than obvious that you don’t build products like that anymore, but I think it’s underappreciated that it’s just as true of communities. I think it’s critical that we bring that same discipline of caring about the details of the experience to our communications channels and community forums, and the CPG is the cornerstone of that effort.

It was easy not to care about this when somebody who wanted to contribute to an open source project with global impact had maybe four choices, the Linux kernel, the Mozilla suite, the GNU tools and maybe Apache. But that world was pre-Github, pre-NPM. If you want to work on hard problems with global impact now you have a hundred thousand options, and that means the experience of joining and becoming a part of the Mozilla community matters.

One tool we’ll be relying on – and this one, we did build in-house – is called Mozilla-IAM, Mozilla’s Identity and Access Management tool. I’ll have more to say about this soon, but at its core it lets us proxy authentication from various sources and methods we trust, Github, Firefox Accounts, a link in your email, a few others. We think IAM will let us support pseudonymous participation and a low-cost first-contact experience, but also let us keep our house in order and uphold the CPG in the process.

A synchronous messaging system that meets our needs:

I doubt any of that will surprise anyone, but they might, and I’m keeping an eye out for questions. We’re still talking this out in #synchronicity on irc.m.o, and you’re welcome to jump in.

I suppose I should tip my hand at this point, and say that as much as I value the source part of open source, I also believe that people participating in open source communities deserve to be free not only to change the code and build the future, but to be free from the brand of arbitrary, mechanized harassment that thrives on unaccountable infrastructure, federated or not. We’d be deluding ourselves if we called systems that are just too dangerous for some people to participate in at all “open” just because you can clone the source and stand up your own copy. And I am absolutely certain that if this free software revolution of ours ends up in a place where asking somebody to participate in open development is indistinguishable from asking them to walk home at night alone, then we’re done. People cannot be equal participants in environments where they are subject to wildly unequal risk. People cannot be equal participants in environments where they are unequally threatened.

I think we can get there; I think we can meet our obligations to the Mission and the Manifesto as well as the needs of our community, and help the community grow and thrive in a way that grows and strengthens the web we want, that empowers everyone using and building it to be who we’re aspiring to be, better.

The next steps are going to be to lay out the evaluation process in more detail; then we can start pulling in information, stand up instances of the candidate stacks we’re looking at and trying them out.

The Next Part Of The Process