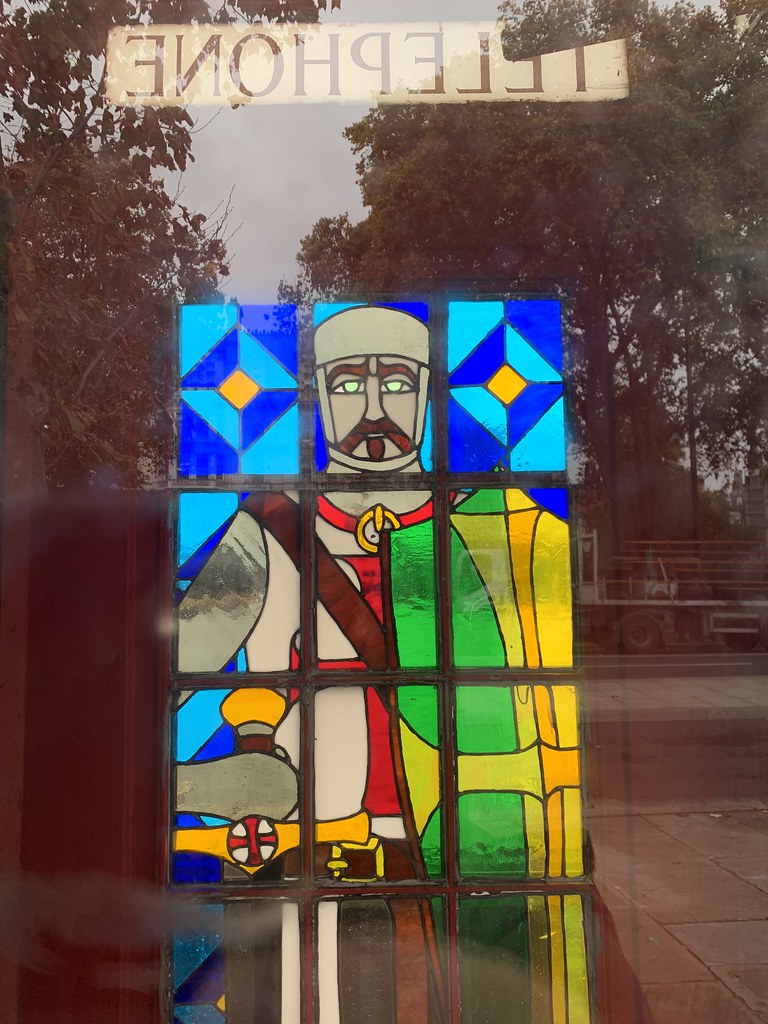 “A lunatic is easily recognized. He is a moron who doesn’t know the ropes. The moron proves his thesis; he has logic, however twisted it may be. The lunatic on the other hand, doesn’t concern himself at all with logic; he works by short circuits. For him, everything proves everything else. The lunatic is all idée fixe, and whatever he comes across confirms his lunacy. You can tell him by the liberties he takes with common sense, by his flashes of inspiration, and by the fact that sooner or later he brings up the Templars.”
– Umberto Eco, Foucault’s Pendulum.

… but it’s basically impossible to talk about this stuff without sounding like a lunatic, so let’s press on. I suppose that’s never stopped me before.

Hey, does anyone remember the tagline from the Majestic conspiracy game back in the day: “The Game Plays You”? Hold that thought.

You might have seen the argument from Adrian Hon recently, that the QAnon conspiracy theory is actually an ARG:

Theory: QAnon is popular partly because the act of “researching” it through obscure forums and videos and blog posts, though more time-consuming than watching TV, is actually *more enjoyable* because it’s an active process.

Game-like, even; or ARG-like, certainly.

… and I knew I’d seen an argument that general shape before, but I couldn’t remember where; the “bottomless ARG” idea, I mean. It hit me earlier this week, shortly before the phrase “Alien DNA and Demon Sperm” became a part of this year’s pantheon of nonsensical headline nightmares: that was C.S. Lewis’ description of occultism, and the occult in general.

Lewis saw occultism as a sort of psychological snare, a set of endlessly self-referential symbols of symbols of symbols with no ultimate referent, a bottomless semiotic rathole for the overcurious inquirer designed to perpetually confuse and distract the mind. Beaudrillard, incidentally – creator of the term “hyperreal” – saw modern finance, and particularly advertising, in the same light – a set of self-referential symbols ultimately disconnected from reality, meaningful only in their own context, self-sustaining only to people trapped in that interlocking mesh.
Seeing through this lens makes the underpinnings of Facebook’s deep-seated resistance to admit the existence of, much less take responsibility for, much less do anything about, the running river of fake news, conspiracy theories and racist agitprop on that platform understandable: Facebook isn’t a social network: Facebook is an ARG Platform. It’s indiscriminate, unpoliced Alternate-Reality-As-A-Service.

“Whatever the rhythm was, luck rewarded us, because, wanting connections, we found connections — always, everywhere, and between everything. The world exploded in a whirling network of kinships, where everything pointed to everything else, everything explained everything else… ”
– Umberto Eco, Foucault’s Pendulum

And with an audience already wound up in this unfiltered, overpopulated hyperreality-as-service, you barely need to do any work at all to kickstart the sort of amazing, self-sustaining paranoia-fulfillment engine that would have put the last few centuries’ foil-hatted quasi-mystic conspiriographists’ jaws right on the floor. All you need is enough people in rough proximity who feel frightened and powerless, a compelling seed crystal – the antivax fraud, the QAnon clownshow, a thousand others, it barely matters as long as it’s got a sharp hook – and this cancerous hyperculture machine pretty much bootstraps itself, making in-group celebrities out wannabe James Burkes pulling obscure facts together and drip-feeding the occasional five-like dopamine hit to the noobs explaining that you can’t spell “Rosicrucianist Aliens” without “Clintons”.

(For a while I was using that as a first-pass test for newsfeeds: if I replace “the Clintons” with “the Templars” and say this out loud… do I sound like a crank? I’ve never mentioned it, because I don’t need people who already sound like cranks emailing me to say “of course, it was right in front of us the whole time”, but we’re playing way past that now. But if I’ve accidentally added something to the collective lunatic lexicon – the lexographia lunacii, as it was first described in fifteen-forty-never because I just made that up – then I will seriously owe Chelsea an apology.)

Facebook’s ongoing negligence aside, what makes the Q-loons fascinating is that despite all its modern trappings, once that meme set its hooks into a vulnerable population (and psychological vulnerability is the name of the game, out there in the fever swamps) this wide-open extremely-2020 conspiracy-ARG is structurally nothing more a massively-multiplayer version of every vintage occult ceremony in history. I mean, the baseline aesthetic is trash, but still; it’s just a bunch of lunatic imagery, strange incantations and oddball ceremonials whose only reason to exist is to justify the time people have spent bringing it into existence.

“I have come to believe that the whole world is an enigma, a harmless enigma that is made terrible by our own mad attempt to interpret it as though it had an underlying truth.”
– Umberto Eco, Foucault’s Pendulum

So now thousands and thousands of people are participating, without realizing it, in a massively-distributed, collaborative occult ceremony, tying every scrap of fact and coincidence of the world together into this giant fractal-sefirot red-yarn serial-killer wall, drawing lines of imaginary digital salt from symbol to symbol to meaningless symbol, each utterly disconnected from anything more real than their own paranoid helplessness and fear.

It’s strangely beautiful in a way, until you understand what you’re seeing; Foucault’s Pendulum rewritten as a cryptofascist fever-swamp MMORPG. I love that book, and seeing this is like being offered the Maltese Falcon and handed a seagull drowned in crude oil.

“You see, Casaubon, even the Pendulum is a false prophet. You look at it, you think it’s the only fixed point in the cosmos. but if you detach it from the ceiling of the Conservatoire and hang it in a brothel, it works just the same. And there are other pendulums: there’s one in New York, in the UN building, there’s one in the science museum in San Francisco, and God knows how many others. Wherever you put it, Foucault’s Pendulum swings from a motionless point while the earth rotates beneath it. Every point of the universe is a fixed point: all you have to do is hang the Pendulum from it.”
– Umberto Eco, Foucault’s Pendulum

I’m not sure what to do with that information, sadly. If we’ve learned anything from the ongoing death throes of the 20th century, it’s that in an information dense and hyperconnected society, that robust commitments to social infrastructure – public health, public education, public journalism, social justice, social welfare and full employment – aren’t some sort of lefty, feel-good hippie political niceties; these are national security issues, and their failures expose an attack surface on participatory representative democracy. And while I don’t think Facebook profits from disinformation, they’re definitely complicit and definitely profiting from ignorance, powerlessness and helplessness. The disinformation, the conspiracy theories and racist agitprop, the antivax gongshow, Q and a thousand others festering alternate realities are just byproducts of that fear and desperation, parasites that have latched on to a vulnerable population from an accommodating platform happy to look the other way, wash their hands of the whole thing and let the machine grind away.

I sometimes wonder what makes Facebook’s staff think the algorithms they’ve built, to give their users whatever keeps them clicking away uncritically, aren’t pointed back at them? Do they not wonder, or just not ask?

The Shape Of The Machine